by Ami Saraiya and The Outcome 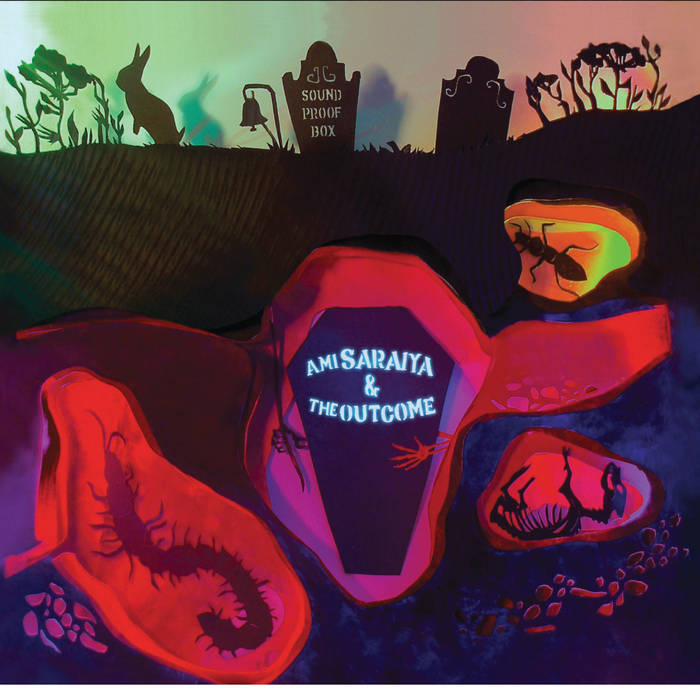 Purchase a physical copy or download through Bandcamp and you'll also receive an exclusive dance remix of the track Hanging by a Thread by Dynamite Ham. Only available through Bandcamp!

Ami Saraiya’s upcoming Soundproof Box, her second album under her own name, showcases the performer’s creative energy with intensity. Saraiya’s vintage cabaret sound is drama in bold relief, swinging from playful to maudlin in a single measure.” —Jessica Hopper, CHICAGO TRIBUNE"Ami Saraiya conjures up the kind of Old World Europhilia that any cabaret-pop songwriter worth her kazoo solo should. But the Chicago-based artist also differentiates herself with elements of fragmented indie rock and some truly wild vocal contortionism. She knows when to straighten her delivery for fuller emotional impact, too, pulling her Left Bank torch songs and Balkan accordion hop back to the here and now. Saraiya celebrates the release of her latest winning full-length,Soundproof Box, produced and arranged by fellow traveler Mark Messing (Mucca Pazza)" Stephen Gosset, FLAVORPILL

"Imagine things you like about The Do, Coco Rosie, and Mark Berube (and, for entrenched aficianados of quirky folk, The McGarrigle Sisters). Inject a few teaspoons of Spirit and a hint of Sgt. Pepper-era Beatle-delia. You still wouldn’t have a handle on Saraiya’s idiosyncratic sonic art. I guess you just have to experience it" Mary Leary, My Old Kentucky Blog

Produced and arranged by Mark Messing (Mucca Pazza) and recorded at Maestro-matic studios, Soundproof Box is Ami’s follow up to her 2009 debut LP, Archaeologist and expands on the recording sessions that spawned last year’s folk-punk and cabaret inspired three-song EP, Purging. Starting off with the Bacharach-ian jazz-pop instrumentation of the album’s kickoff “I’m Pregnant,” Soundproof Box once again showcases the way Ami and her backing band, The Outcome, can ingeniously wade from the dark theatrics of the title song to the Mexicali of “Serenade” or the stripped-down bad romance of “Glass Full of Blue.” But it’s Ami’s voice—a strong, worldly presence that has been likened to Edith Piaf and Billie Holiday—that pulls it all together.

Bandcamp Daily  your guide to the world of Bandcamp